Made in Peckham Archive 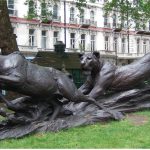 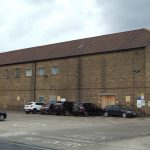 The large Victorian industrial building next to the bus garage depot on Blackpool Road is described today as the ‘Old Mill’ but little is known of its history. On late 19th maps and early 20th century maps it is labelled ‘British Wine Manufactory’. In 1871 the road layout in that area of Peckham was complete.
Read More 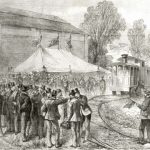 To most people the thought of heavy industry in London up to the turn of the 21s century  might seem absurd. George England and Co. started up from Newcastle upon Tyne in 1812 and began producing locomotives in Hatcham Iron Works in the 1840s. The site lay just east of Pomeroy Street in Peckham. They
Read More 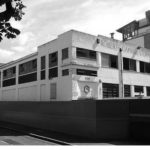 From: Ron Woollacott SE15 According to Kelly’s Directories the hosepipe factory was established at 177 Kirkwood Road some time between 1935 and 1950. W. Greenwood & Sons and Co. Ltd. were manufacturers of flex hoses in 1950, and by 1980 were listed as “oil resisting hose pipe manufacturers”. I do not know when the firm
Read More

From: Sheila Farmer Hartley, Kent One of my Peckham ancestors was a hairpin manufacturer so here is a history of him. Many thanks for keeping us in touch with Peckham news both past and present. My great grandfather Henry Joseph Howard was born in Snowsfields, Southwark, in 1818. His father, a tin plate worker, died
Read More

From: Derek Fisher by email When the Collaro factory left Peckham in the early 1940s to go to Langley Mill in Derbyshire, I don’t suppose anyone knew what floodgates were being opened. There were about 2,000 people employed there making munitions. My late wife and I were amongst them together with many others who came
Read More