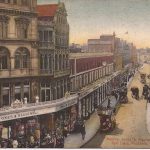 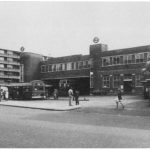 Bull Yard was fire bombed on 22 October 1940* when 48 London Transport buses, which had been withdrawn due to wartime fuel savings, were lost including eleven of the twelve brand new TF class private hire coaches. Thomas Tilling first occupied the premises in 1876. In 1905 they became the first motor bus garage
Read More