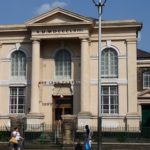 From: Ernest John Savage Shirley, Croydon I was born at 70 Denman Road in 1913. My sister Jessie worked at Jones and Higgins in Rye Lane. As a family we attended Rye Lane Baptist Chapel, where I sang bass in the choir, and played the double bass in Dr Green’s orchestra on Sunday evenings. We
Read More
From: John Smith Irby-in-the-Marsh I wonder if anyone can help me to find some of my friends from the 1950s? I have a 1953 photo of three of my friends: Brian Turner, John Hatherley and Dickie Drane. We all went to the Peckham Rye Mission Youth Club. If anyone else remembers the Youth Club, and
Read More 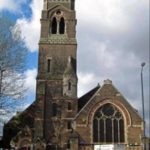 From: Mrs F.S. Marriner (née Green) Chichester When I lived in Peckham I remember Ranyard nurses calling each week for a small donation, to keep their work going. Christ Church hall in Friary Road was used by Brownies and Guides during the 1930s and the war. In the thirties Brownies, Guides and Scouts met monthly
Read More

From: Ken Cook by email I lived in Athenlay Road, Nunhead, from my birth in 1941 until the day I was married in 1962. Some of the older residents still referred to our neighbourhood as “Waverley Park”. When I was young there was still a lot of horse-drawn traffic on the roads, such as the
Read More

From: Ron Woollacott SE15 According to Kelly’s Directories the hosepipe factory was established at 177 Kirkwood Road some time between 1935 and 1950. W. Greenwood & Sons and Co. Ltd. were manufacturers of flex hoses in 1950, and by 1980 were listed as “oil resisting hose pipe manufacturers”. I do not know when the firm
Read More

From: Sheila Farmer Hartley, Kent One of my Peckham ancestors was a hairpin manufacturer so here is a history of him. Many thanks for keeping us in touch with Peckham news both past and present. My great grandfather Henry Joseph Howard was born in Snowsfields, Southwark, in 1818. His father, a tin plate worker, died
Read More

From: Kath Corbitt by email I was interested in the letter about the scrapyard in Fenham Road. As a child during the thirties I took rags, newspapers and empty jam jars that I collected from various households in the area to Dick’s scrapyard in Elcot Avenue where the proprietors were Harry Fuller and his wife.
Read More

From: Derek Fisher by email When the Collaro factory left Peckham in the early 1940s to go to Langley Mill in Derbyshire, I don’t suppose anyone knew what floodgates were being opened. There were about 2,000 people employed there making munitions. My late wife and I were amongst them together with many others who came
Read More

From: Andrew Parfitt I came across your details on The Peckham Society website and wondered whether you would be interested in the following snippet of local history. My maternal grandfather, Alan Mould Davey, was born in 1915 at 19 Piermont Road. His father and Fred Davey, his uncle, ran a tailoring business at 214-216 Rye
Read More