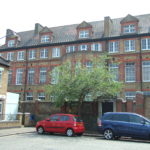 From: Mrs Maureen Stoner Christchurch Dorset I grew up in Camberwell in Dartnell Road off the Old Kent Road. This area was also known as The Island. Why I do not know. My early days were at Cobourg Road Primary School and we lived in prefabs there; this area was heavily bombed during the war
Read More

From: Mrs Olive Brenchley (née Dodd) Maidstone I was born in 1916 in Little Rosemary Road, an extension to Rosemary Road. When I was three months old my family moved to 97 Cronin Road, where I lived until I was married in 1939 in St Luke’s Church. I went to Cator Street School where a
Read More 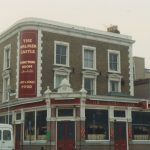 From: James Roffey Clayworth, Nr. Retford The picture of the former Walmer Castle in the last issue brought back memories of when I was a small boy going with my mother every week to the public library that stood on the opposite corner of Grummant Road to that public house. I was, of course, far
Read More 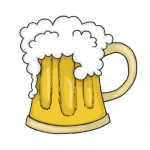 From: Mrs Nellie Thornton (née Brooks) Oxenford Street I lived nearly opposite the Duke of Wellington pub in Cronin Road 92 years ago. It was a very friendly pub. There was a bar at the side saying “Bottle and jug bar” where you could go and get half a pint of beer in a jug
Read More 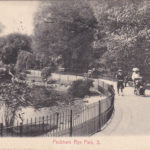 From: Mike Mills by email I remember the dog pond, situated near to the former Prisoner of War huts. During the summer holidays we would fish for sticklebacks with small floats and tiny hooks. There was real excitement on one occasion when a lad caught an 8″ roach from the pond. I never saw that
Read More

From: Henry Hadden Worcester WR5 My father was born in Meeting House Lane in 1901 on the day Queen Victoria died. He was very fond of ice cream and told me of an Italian ice cream seller – called Califano, who sold ice cream from a horse and cart. We went to the pictures at
Read More 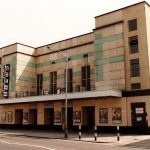 From: Kelly Heywood by email I moved to Peckham when I was five years old and am now 37. I have some very good memories of my childhood. The Odeon cinema stands out in my memory very much from about the age of seven years old when my eldest brother Steven used to take me
Read More 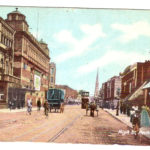 From: Malcolm Adams by email My mother recently died and amongst her possessions I found a box of calling cards many of which were from Peckham musicians including my father. I have made up a collage with a picture of my father as centrepiece. My father played banjo mainly, but was also a tenor saxophone
Read More 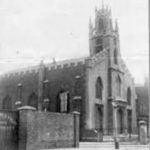 From: Michael Gaskin by email I am so pleased to have found your website. As a child, I went to Cubs and Sunday School at St. Chrysostom’s church. I believe it has been demolished. I wonder why. Does anyone remember Miss Talbot, “The Grey Lady”, who was some kind of nun and had a lot
Read More

From: Bette Everett by email Does anyone remember Sister Charlesly of the Salvation Army? My sister and I, along with assorted cousins, used to go with her to the local Army Hall every Sunday, morning and afternoon. She was like the Pied Piper as we used to wait by our gates for her and then
Read More